Protecting and Helping Non-violent Syrians in Hard to Reach Areas.

While the Syrian conflict drags on, the challenges in helping those caught in conflict grow. The U.N. estimates that 11.1 million Syrians are in need of assistance – their situations vary, and some, such as refugees, are easier to reach and help. But what about those still living in difficult to reach parts of Syria? Helping the non-violent Syrians caught in conflict is increasingly more difficult.

For the past several years, SalamaTech has been fostering a network of local digital technology first responders who deliver support and assistance to Syrians inside difficult-to-access conflict zones.

Our first responders come from a variety of educational, professional and geographical backgrounds, but they share three things in common: an extensive access to Syrian non-violent actors, a solid grounding in internet safety and savvy, and an overarching desire to ensure that Syrians communicate safely and effectively online. As trusted nodes in their own personal networks, or within their own geographic enclaves, the first responders play a critical role in reaching and supporting key project beneficiaries.

Our first responder network now stretches across Syria and Turkey – with important footholds in opposition and regime-controlled territories of Syria – especially in difficult-to-access and besieged communities, and including those under ISIS control. There, the digital technology first responders deliver digital safety and social media support to Syrian women, civil society and non-violent activist groups, some of whom are engaged in extremely dangerous information dissemination activities.

In both regime and opposition-controlled areas, simply carrying your mobile phone is a high-risk act. In some places under siege, women are afforded more freedom of movement than men, and are more likely to be crossing checkpoints with cell phones. People are routinely stopped – not just at checkpoints – and required to hand over their phones and social media passwords. Social media accounts are checked for any sign of “inappropriate” material (which changes depending on the militant group’s ideology). An offense can result in arrest, detention or worse. Digital safety matters more than ever in Syria.

Our digital technology first responders have had some incredible successes – literally saving lives. But we can’t really tell you about this, because it is still too dangerous for everyone involved.

Of the many challenges for women and youth using online learning material in Syria, is access to affordable, reliable internet connectivity. One of the women with whom we have worked closely over the past year has only been able to access internet by visiting our local first responder once a week. The lack of internet access doesn’t just plagued individuals, but also training and education centres. Our partner managed to secure a new location for teaching youth, as well as a few new digital devices, but the cost of internet could be beyond their means. SalamaTech helps bridge this gap through digital technology first responders operating on the ground, with mobile internet hotspots.

SalamaTech HQ team members devote many hours of direct online support to each digital technology first responder every week to build their capacities to deliver training and respond to the demands for technical assistance. Our first responders also played a critical role in helping us to shape the content and material for our resource library. They tell us what their constituencies need; they pilot the learning materials, and they provide constant feedback on usability and usefulness.

We are honoured to be supporting these brave Syrians. We believe, as they do, that a brighter future is possible for Syria – a future where human rights for all are respected and protected. 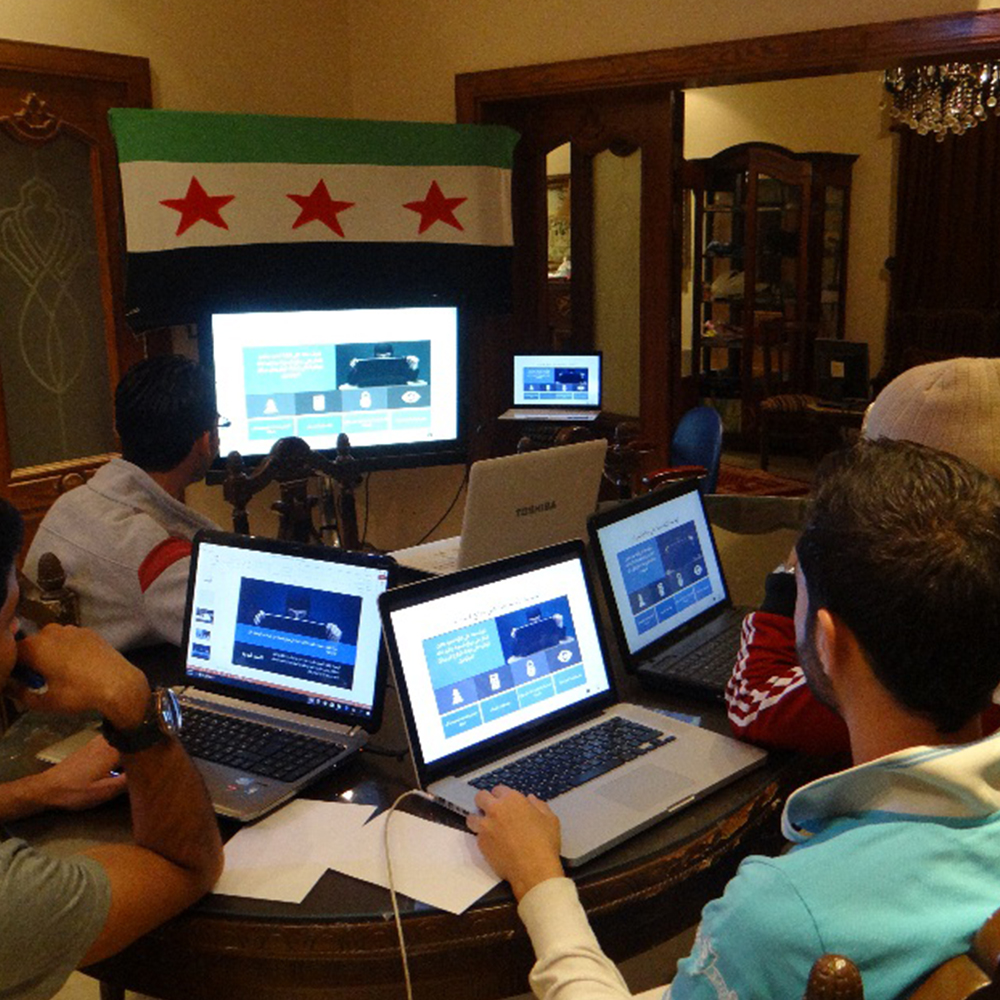 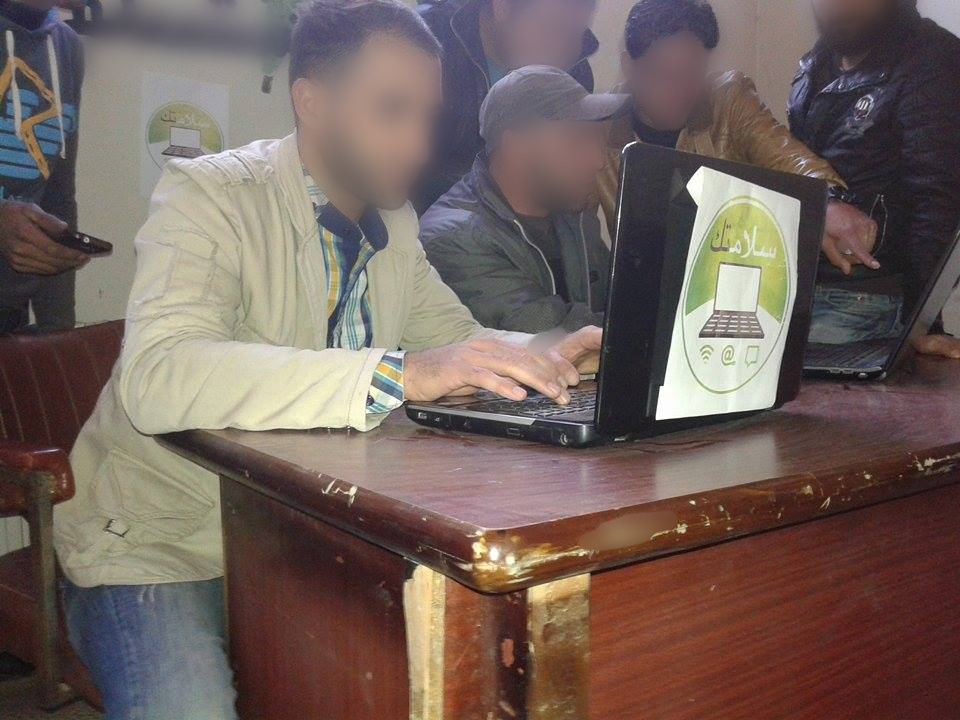 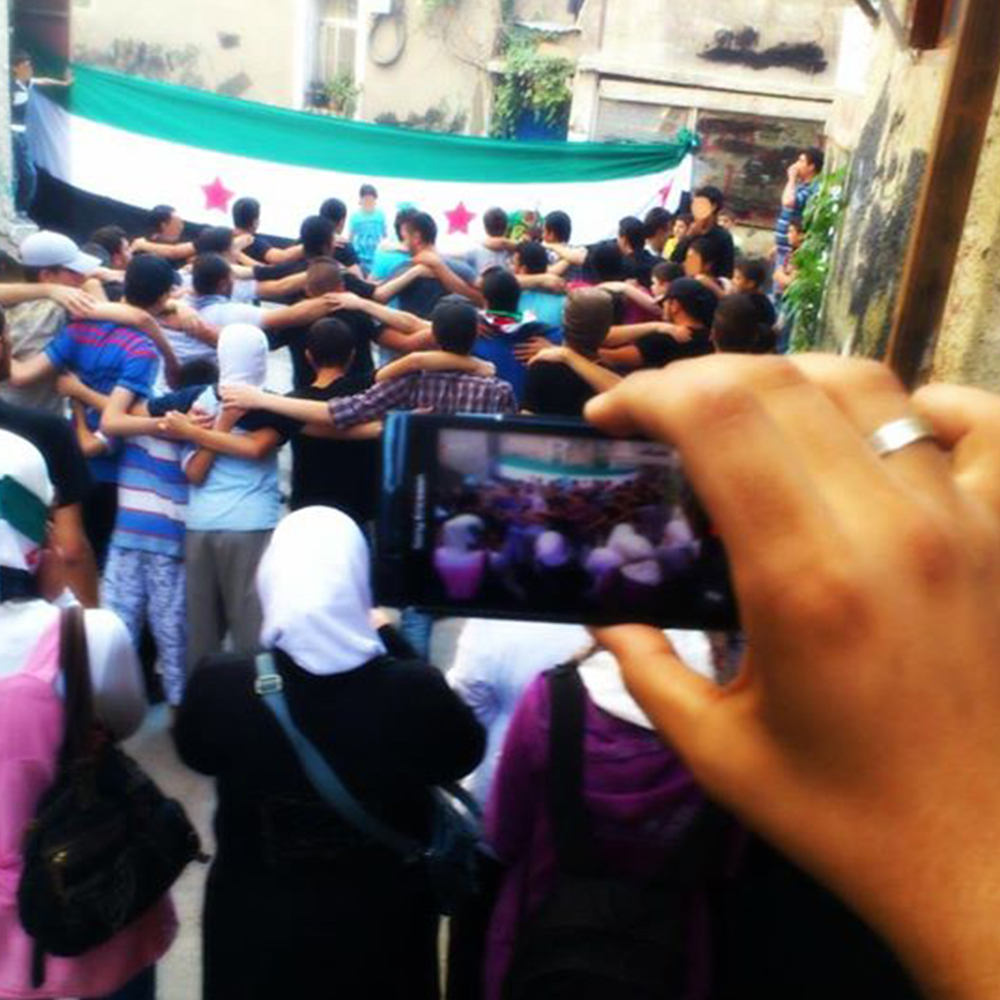 Our support and collaboration with SalamaTech First Responders on the ground in Syria includes:

Equipment Provision such as security software and subsidized internet access

What Syrians Are Saying About Our Work