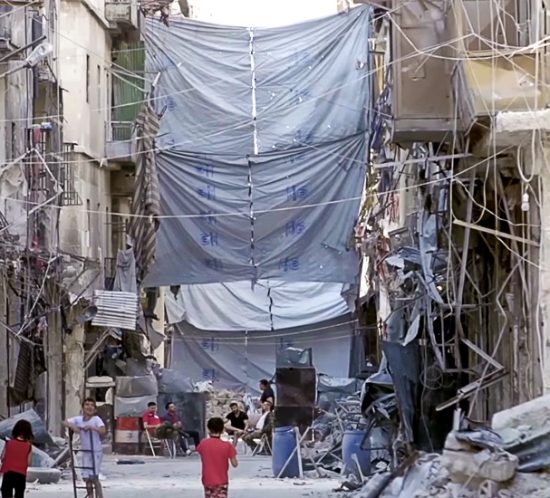 By Abdulrahman al-Masri Internet in Syria remains critical – and challenged. Footage from Vice on HBO’s latest documentary, Assad’s Syria, shows​ a large web of exposed and intertwined wires in the street of a destroyed Aleppo neighborhood, an area​ that witnessed intense fighting between Syrian rebels and regime forces in late 2016. The tangle of